Saisha has been a Boston UChicago Alumni Club board member since October 2018. She works in the management consulting industry and spends much of her free time volunteering. At UChicago, she was an economics major, as well as a member of the Trott Business program (formerly UCIB), the South Asian Students Association, Pi Beta Phi sorority, and the Crew team. You can reach her at saisha@uchicago.edu.

Jon Gutman AB'13, Co-President
Jon has been a Boston UChicago Alumni Club board member since March 2019, upon his move north after serving as the President of the Alumni Club of South Florida in FY19. In Jon's words, "We are not afraid to be uncommon. We embrace risk knowing that the greatest challenges provide the richest rewards. We are driven by perpetual curiosity to find solutions and explore ideas through rigorous inquiry and analysis. We drive innovation and leverage our knowledge and experiences to enrich all human life in the community." Jon can be reached at jdgutman@uchicago.edu.

John Osbon AB'74, Programming Co-Chair
John is a brand new Boston UChicago Alumni Club board member, having joined the Club in March of 2019. John is a partner in Osbon Capital Management, an investment management firm. John moved to Boston in 2000 and lives in Seaport. He has had a leadership role at Boston Ballet board since 2003. John can be reached at josbon@osboncapital.com or 617-818-2666.

Susan Young AB'11, Programming Co-Chair
Susan has been a Boston UChicago Alumni Club board member since September 2019. After receiving a BA in Political Science from the University of Chicago, Susan earned an MA in International Relations from NYU. She is Assistant Director of Workforce Learning at the Abdul Latif Jameel World Education Lab at MIT, where she leads membership development and community building, manages the Workforce Learning research grant program, and supports program development and research activities. Susan can be reached at susanyoung@uchicago.edu.

Nitender Goyal MBA-current student, Programming Committee
Niten has been a Boston UChicago Alumni Club board member since July 2019. He works in healthcare and specializes in kidney diseases and organ transplantation. He is currently pursuing an MBA at UChicago Booth School of Business. Niten has mentored many students and trainees over the years, and he is interested in improving healthcare operations and efficiency. He can be reached at ngoyal0@chicagobooth.edu.

Rob Sellers MBA'88, Programming Committee
Rob is new to the Boston UChicago Alumni Club Board but has been a proud alumnus of Chicago since graduating from Booth in 1988. He has been in hospital and physician health care management in California, Chicago, and Boston, serving in operations, finance, managed care, and data analytics roles. He is currently part of the MassHealth Payment and Care Delivery Innovation team which is pioneering a new model of care. Rob's wife Sharon is a Boston native and also a UChicago alumna and together they have raised two boys and embraced all things New England for 20 years. Rob can be reached at rsellers@uchicago.edu.

Elizabeth Xiao-Ru Wang AM'97, PhD'00, Programming Committee
Elizabeth is a brand new Boston UChicago Alumni Club Board member. She is an Executive Vice President at Compass Lexecon, a leading economic consulting firm. She is a renowned antitrust economist specialized in China matters and has been active in the American Bar Association. Elizabeth received her PhD in economics in 2000, and can be reached at ewang1890@gmail.com.

Jessica Pierce AB'03, Communications Chair
Jessica is joining the UChicago Boston Alumni Club board after working with the Washington DC club promoting career development and mentoring for several years. She got her undergraduate degree in Biology at University of Chicago and has since worked as a scientist in both academia and industry focusing on how microbes both promote health and cause disease. At UChicago, she was the President of UC Dancers and involved in many dance performance groups, a member of Delta Gamma sorority, and studied abroad in Rome. Jessica continues her interests in the fine arts, biotech, travel, and cooking here in her hometown of Boston. 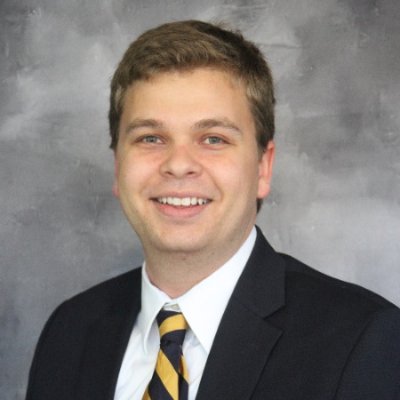 Colin Fowler SB '17, Young Alumni Chair
Colin graduated from the College in 2017 with degrees in Biological Chemistry. While at Chicago he was involved in Hillel, the Motet Choir, and undergraduate research in the Ben May Department for Cancer Research. After graduation he enrolled in the Ph.D. program in the department of Biology at MIT. He has been a member of the UChicago Boston Alumni Board since 2017.

Alan has recruited UChicago MBAs and participated as a guest speaker for the investment club since graduating in 1999. He was inspired to join the alumni club after reading Dean of Students Jay Ellison's letter to the class of 2020 highlighting the University's commitment to the free exchange of ideas. Alan has been an investment professional since graduation and is currently co-chief investment officer for Sirois Capital Management, a Boston-based hedge fund. Alan can be reached at alangsner70@gmail.com.

Andrew graduated from the College in 2014, where he was involved in CMAC (Chicago Men's A Capella) and The Blue Chips, an undergraduate student investing club. He currently works at Harvard's endowment on its generalist investment team after spending his first three years after college working in investment banking in New York. Andrew lives in Somerville with his girlfriend Joanie and newly adopted rescue dog Bud. Andrew can be reached at stevenson.z.andrew@gmail.com.

David has been a Board member for the Boston UChicago Alumni club since 2015. He is also President of the Boston Booth Alumni Club. He graduated from the College in 1997 in Economics and from the Booth School of Business in 2003, with emphasis upon Finance. David and his family have over 100 years of connection with the University of Chicago. A strategic executive, David is CEO of Effective Therapeutics, LLC and his personal interests are eclectic encompassing Fine Arts, Culinary Arts, Non-Western music, as well as, professional interests in IP
Commercialization, Venture Development, and Biotech. David may be reached at david.ijaz@gmail.com.